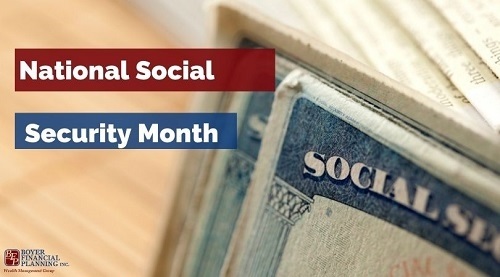 A Brief History and How to Look at Social Security

Is it about getting the money back or minimizing the risk of bad outcomes?

Although Social Security did not come into existence until 1935, it can trace its roots back to the first national pension program for soldiers that was passed in 1776 – prior to the signing of the Declaration of Independence. But this “social security” program was only designed for a small sliver of the U.S. population and the development of Social Security as we know it would have to wait more than a century.

During the Great Depression from 1929-1933, poverty among the elderly grew exponentially. In fact, according to the National Academy of Social Insurance, almost half of seniors were estimated to be poor. And while there were 30 states that had some form of pension program for seniors, these programs were considered inadequate and poorly run, as “only about 3% of the elderly were actually receiving benefits under these states plans, and the average benefit amount was about 65 cents a day.”

Further, “by 1932 seventeen states had old age pension laws, although none were in the south, and 87% of the money available under these laws were expended in only three states (California, Massachusetts and New York).”  (Source: Social Security Administration)

The Ham and Eggs Movement?

The years of the Great Depression are considered the worst economic crisis in American history. And the circumstances led to many calls for change, principally on how we care for our seniors.

The calls for change came in many forms and carried different names, including the “Share Our Wealth” program, the Townsend Movement, the Union for Social Justice movement, the EPIC plan (End Poverty in California which gained momentum elsewhere) and the oddly named Ham and Eggs movement. But following the passage of the Social Security Act in 1935, most of these programs disappeared quickly.

When President Roosevelt came into office in 1932, he helped reframe the conversation to “social insurance” rather than “welfare assistance” and this concept, which was already popular in Europe, took hold in the U.S.

As President Roosevelt explained, social insurance would provide economic security for the elderly with the creation of a work-related system whereby workers contributed toward their own future economic security through taxes paid while employed. In late 1935, this “social insurance” concept would eventually be adopted into what we now call our Social Security program.

But this is only an estimate and you won’t receive a precise benefit amount until you apply because your actual benefit can change due to your future increases/decreases in earnings, cost-of-living adjustments and changes to our laws.

Here’s another way to look at Social Security.

A Way to Look at Social Security

When evaluating Social Security payouts, many people think in terms of the “crossover point” or “breakeven age.” That means getting back the money you paid over your working life. You can do a simple calculation to determine how long a single person needs to live to profit from claiming Social Security benefits, for example, starting at age 68 rather than 62. The math for a married couple becomes a little more cumbersome, but you can find the same breakeven ages there.

So let’s say a retired woman runs the calculation and sees that she has to live to 82 to benefit from delaying Social Security benefits from 62 (the earliest she can take it, at reduced benefits for life) to 66 and 10 months, when she is considered to have reached “full retirement age.” An alternative is to wait until 70 to start benefits, when she gets even more.

There is nothing wrong with these calculations as they do provide useful information. But thinking about the Social Security timing decision in this binary win or lose way is like living in that world where risks are ignored.

What Should You Do?

This brings us back to the idea of hedging the key risks of retirement. Consider for a moment what Social Security really is. Although some might contest this point, Social Security is a pre-paid inflation-adjusted annuity from the most financially secure insurance company on the planet, the federal government.

Looking at it from this perspective, retirees might stop thinking about claiming as early as possible to make sure they get some of what they paid into the pool. They may no longer defer to the personalized online calculator where the optimal claiming age is provided based on an average life expectancy. Or they may ignore the personal finance article in the paper, which suggests that the average married couple is best served by claiming benefits at ages X and Y.

Instead, retirees who face the risks of inflation, outliving their money or poor market returns might consider maximizing the inflation-adjusted annuity called Social Security.

Yes, this entails waiting to claim benefits until age 70, which may mean you have to spend from retirement savings in the meantime. Yes, this creates a risk that, if you don’t live until 70, you paid into a program that gave you nothing in return.

But a married couple who collectively does not live beyond 70 is unlikely to see their financial quality of life suffer, even if they never receive a penny of Social Security benefits. Yet what of the couple who lives to 95? Receiving more money by waiting until 70, rather than tapping the system at age 62, could go a long way to ensuring a consistent quality of life.

This is certainly not to say that everyone should defer claiming Social Security benefits until 70. In fact, there are plenty of situations where claiming benefits early is most appropriate, such as when you don’t expect to live long.

The opinions voiced in this material are for general information only and are not intended to provide specific advice or recommendations for any individual.

All information is believed to be from reliable sources; however LPL Financial makes no representation as to its completeness or accuracy.

This article was prepared by FMeX.